We are more than just a church, we are family.

Historically, Glossop was a mill town that created employment for many not only in the immediate town, but also from surrounding areas.  The mills have long since shut down, but Glossop continues to be a busy commuter town feeding both Manchester and Sheffield.

Originally called the Gospel Union Mission Church, it has had a few name changes including the Gospel Mission Tabernacle and in 1930 the Elim Tabernacle. In 1980 it changed to the Elim Pentecostal Church and in 2011 to the Elim Christian Centre.

The history of this church starts with a couple sold out for God and a heart for the people of a town called Glossop. Richard and Charlotte Howton. Richard Howton was born in Clowne, Derbyshire, moved to Barlborough, Nottinghamshire, in 1861 with his father and siblings. Richard was a Prize fighter who was marvellously saved. Richard married Charlotte Renshaw in 30 August 1881 in Staveley, Derbyshire at St John the Baptist Parish Church.

Relationship with Elim grew and they were asked to assist. There was a bonding between the old and the new. Various Elim ministers came and took over the leadership of the church but did not fully integrate with the Four Square Gospel Alliance until 1932.

Principal George Jeffreys held a convention in September 1931 with his Evangelical band called the Revival and Healing Campaign. The Church was filled to such an extent on Sunday Evening meetings were held in the Empire Theatre.

Pastor Coffin was the first Elim minister to be inducted in November 1931 after the campaign by George Jeffreys. The Elim Evangel it states, “Here indeed Elim finds a real link with the saints, men and women who have held aloft the torch of truth in days that are gone by – Rev & Mrs Michael Baxter, Pastor Richard Howton and others who have followed their Lord along the path of righteousness for His name’s sake. The prayers of years have been answered in the heaven sent revival. Elim now takes over the Church and also Beth Rapha, the famous home of healing. What a joy it is to look into the faces of the older Christians who have laboured for years in prayer for this revival. There seems it have been rejuvenated, their eyes gleam with delight as they looked upon the answer to prayer and the fruits of their labour. The Glossop people will never forget the visitation of this heaven sent revival.”

During the war years a few people helped to man the fort. Men were at war and students helped with the pastoral care. Pastor Walter Cole assisted. During the war years the Elim HQ was brought up to Glossop and stayed there for some time until it was deemed safe to return to London. It was during this time that Douglas Grey conducted the Glossop choir! What an honour.

The Glossop Elim Church belongs to the Elim Foursquare Gospel Alliance, a movement which has hundreds of Churches throughout the UK and Europe and in many parts of the world.  Although we greatly value our identity as a Pentecostal Church, we do enjoy very positive relationships with all of the Evangelical/Charismatic fellowships in the area, and we seek to work in partnership with all who share our commitment to the cause of the gospel.

Pentecostal testimony upholds the great historical truths of the Bible; in particular the death and resurrection of the Lord Jesus Christ and His power to save and to heal.  Strong emphasis is made upon the work of the Holy Spirit as revealed in the book of Acts, Worldwide there in excess of 65 million Pentecostal believers and growing.  The Elim Church in Glossop is part of this great international body of believers. 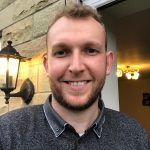 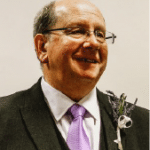 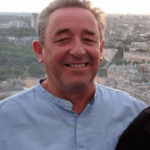 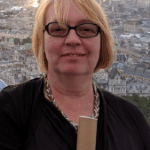